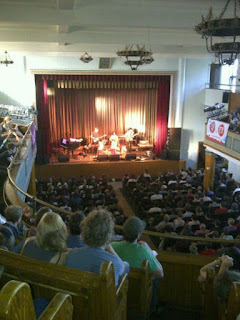 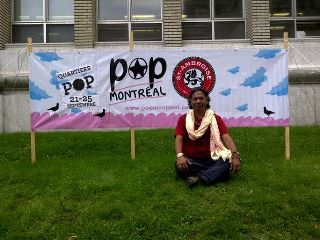 Some shows you just know are going to be worth checking out. A Bollywood soundtrack maestro playing the intimate Casa del Popolo during Pop Montreal is a no-brainer, and Babukishan Das Baul did not disappoint, Sunday night. Bauls are “a group of non-denominational mystic minstrels from the Bengal region of India,” according to the Pop programme, and their lineage dates back centuries. With over 44 albums and 150 film scores to his credit, not to mention having performed, toured and/or collaborated with Bob Dylan, the Rolling Stones, the Beach Boys, Ravi Shankar and Miles Davis, Babukishan brought an impressive pedigree to the stage. In a characteristically classic example of initiative, Pop Montreal director Dan Seligman explained how he had bought one of the singer’s albums a while back, recently tracked him down on the web – living in Vancouver – and invited him to play at the fest. Aside from his appearance Sunday night, Babukishan gave an afternoon workshop (Baulin’ With Babu) and performed at the Sacred Sunday variety show put on by Patrick Watson (who is reportedly interested in working with him).

For his Casa set, he was backed by a makeshift Montreal combo including experimental/worldbeat percussionist Will Eizlini (Shalabi Effect) and singer-songwriter-banjoist Lisa Gamble (recruited from the crowd to play a traditional one-string instrument called the Ektara, which she had never touched in her life). The two were later joined by a guy on tambourine and a woman on keyboards. Together they provided a spare but evocative background for Babukishan to sing and add his own percussive elements. He has a rich, husky voice that evokes other worlds and eras. Not content to have the audience seated (on the floor) and paying utmost attention, after a few songs he asked everyone to get up and dance. But what could have been a bad idea highlighting the majority of the crowd’s embarassing hipster whiteness (though there was a small contingent of Bengali music fans in the room) somehow turned into a dynamic, interactive, cross-cultural/generational musical exchange. Two songs later, people were chanting along to “Hare Krishna!” (I kid you not), as Babukishan encouraged all to “close your eyes, move your body.” And it wasn’t weird or pretentious or cheesy! The man had a powerful yet utterly unpretentious presence that brought everyone into his world, carrying us along on a most unique and enjoyable ride. A fest highlight; let’s have him back. 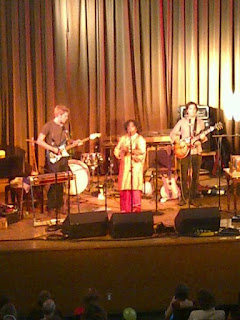 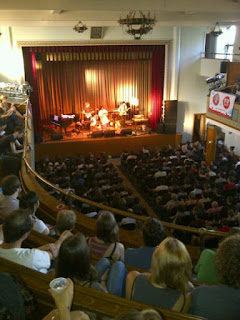